We Are Responsible for The World 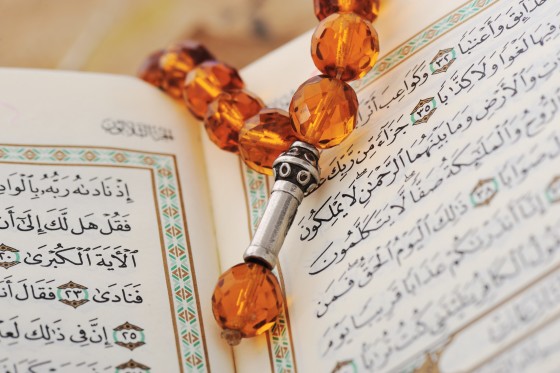 Prophet Salih (AS) has called out to his people by saying: “O my people, worship Allah; you have no deity other than Him. He has produced you from the earth and settled you in it, so ask forgiveness of Him and then repent to Him. Indeed, my Lord is near and responsive.”[1] There are many things we can learn from this call that is relevant to nowadays. Upon calling to his people to worship Allah (swt), he immediately reminds them that they were created from the earth and they were given the task to build and settle into it. Allah (swt) also warns us if we do not fulfil this duty; by saying: “And cause not corruption upon the earth after its reformation. And invoke Him in fear and aspiration. Indeed, the mercy of Allah is near to the doers of good.”[2]

One day a Janazah was passing by the Prophet Muhammad (saw). And upon this, Rasulullah (saw) said: “This is either a Mustarih or a Mustarah minhu.” And upon this the Sahabah had asked; “O Messenger of Allah, what is Mustarih and Mustarah minhu?”. And the Prophet Muhammad (saw) responded by saying; “Mustarih is the believer whom is resting to get rid of the tiredness and torment of the world and meets with the mercy of Allah. And the other is the sinner whom has disturbed the people and world; and when they die the people have rest (and relief) from him.”[3] This important hadeeth highlights the importance and responsibility we all have in protecting the people, the animals, the plants and the world at large.

Of course, none of us would deliberately harm the environment or the people within. However, due to the industrialisation of the modern world, the environment’s health is often overlooked, and more focus is given to the commercial profits.

Our never-ending thirst for income and profit is causing the nature and environment to be destroyed. Countries are only adding to the natural disasters such as air pollution and global warming, just to strengthen their own financial development. Rasulullah (saw) has said: “Fear Allah in regard to these animals who cannot speak their will. If you ride them, treat them accordingly (by making them fit for that), and if you [plan to] eat them, treat them accordingly (by making them healthy).”[4] If we only see animals as only the meat that we consume, then we indirectly are supporting the current system. In addition, another issue we need to pay great attention to is to avoid companies that violate human rights by exploiting workers, especially in developing countries. A believer should never approach these issues by saying “as long as it is cheap” we should purchase it. We must warn the people around us about these issues because as Rasulullah has said: “Whoever guides someone to goodness will have a reward like one who did it.”[5]

On another note: On average, people use around 130kg of plastic per person each year which only 12% of that is recycled. Starting with ourselves, let us reduce these statistics and make a difference as an Ummah to protect the earth we live on. Because as we know now, it is us who is responsible for this earth and those within.

My Dear Brothers and Sisters!

Unfortunately, most of these issues are often neglected by us Muslims on a large scale. However, Allah (swt) has stated that we are all Khalifahs on this world and the world is entrusted to us. And knowing and acting upon this is best suited to a Muslim. Allah (swt) says: “When the earth is shaken with its [final] earthquake And the earth discharges its burdens And Man says, “What is [wrong] with it?” on that Day the earth will recount everything.”[6] Based on these ayahs, we can see that Allah (swt) will make the earth speak and it will express every good deed and sin it has witnessed.

May Allah (swt) allow us to be conscious about our responsibilities on this earth and as a result reward us in the hereafter; and may the world witness only goodness from us. Ameen

Khutba-We Are Responsible for The World