The Islamic year is interspersed by many holidays and commemorations. The traditions surrounding these holidays are culturally diverse. 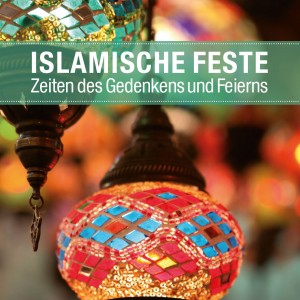 The most important holiday is the Feast of Sacrifice. The four-day-holiday starts on the 10th day of Zulhijja, the 12th Islamic month. It marks the end of the annual pilgrimage. When financially possible, a Muslim should slaughter a sacrificial animal (sheep, goat, cow, or camel). Its meat is then shared with the needy because Kurban, like other Islamic holidays, is not just a time of celebration and joy but of solidarity and brotherhood. The Feast of Sacrifice commemorates God’s command to Abraham to sacrifice his firstborn son, Ismael, who was eventually replaced by a ram.

The second holiday is Bayram, the Feast of Breaking the Fast. It starts on the first day of Shawwal, the months immediately following Ramadan, and lasts three days. After the congregational prayer in the mosques, Muslims gather with family and friends to celebrate. Children receive little presents and elderly people are visited at home. On this day, the gratefulness for Allah’s gifts is almost palpable.

The blessed nights all fall into the three sacred months of Rajab, Shaban, and Ramadan. Since the performance of worship is considered meritorious, Muslims gather in the mosques to recite the Qur’an and remember Allah (Zikr).

On commemoration days, Muslims remember important events in the Islamic history. Among them are the Prophet’s birthday, Mawlid an-Nabawi, and the Ashura Festival on the 10th of Muharram. The fast day of the Prophet Moses is especially significant for Shi’a Muslims: They commemorate the assassination of the Prophet’s grandson, Husayn, in Kerbela.