Ramadan – A time of contemplation

Ramadan, the ninth month of the Islamic moon calendar, is a month of fasting. For Muslims, it is a spiritually charged and blessed time. Ramadan is inextricably tied to the revelation of the Qur’an: During a spiritual retreat to the mountains of Mecca, the Prophet Muhammad received the first divine revelation on the 27th night of Ramadan. An entire Surah is dedicated to the event Muslims commemorate every year throughout the “Night of Decree”, also known as “Lailatul Kadr”. 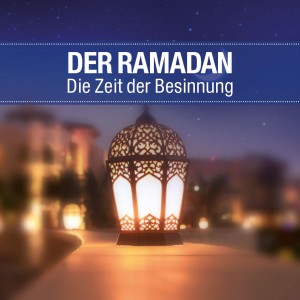 During Ramadan, Muslims refrain from food and other worldly joys from dawn to dusk. However, fasting does not only mean to forgo food but to abstain from any bad habit such as cursing, quarrelling, etc. It is only through that inner dimension that the fast reaches its full potential as a bodily and spiritual cleansing.

The individual and collective meaning of Ramadan

In the hustle and bustle of everyday life, one can easily lose track of the actual meaning of existence. Ramadan, however, sharpens this perception through intense occupation with the Qur’an, consciously performed acts of worship, and disciplining the lower self. Ramadan is an opportunity to rekindle one’s relationship with God. Especially during the last ten days, many Muslims follow the Prophet’s example and retreat to the mosque.

Community is a vital aspect of Ramadan. The mosque is the center of many events such as daily recitations and the performance of Tarawih, a special evening prayer held only in Ramadan.

Before the congregation gathers in the mosque, families break their fast at home. Many invite relatives or friends. Numerous communities all over Europe hold Iftar dinners to which everyone, regardless of his or her religious affiliations, is invited. Such get-togethers are great opportunities to meet and make new friends.