The Prophet Muhammad is without a doubt one of the most fascinating figures in world history. Upon hearing or pronouncing his name, Muslims say a blessing like “peace be upon him” to stress his status. Many biographies have been written about his life and work, the most prominent of which was authored by Ibn Ishâk, an 8th century scholar. Despite these efforts, many aspects of his personality still remain elusive to many people.

Muhammad was born around 571 C. E. in Mecca as the only son of a caravan trader. After the untimely death of both parents, he grew up in his uncle’s house. Even as a young boy, Muhammad had a reputation of being exceptionally trustworthy. When he was 40 years old, he received the first revelation by the archangel Gabriel. Until his death in 632 C. E., Muhammad worked tirelessly to spread the divine message. 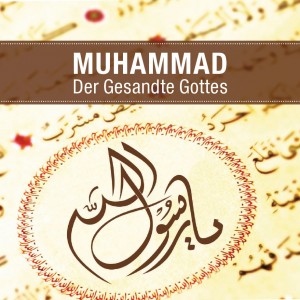 A prophet is characterized by his impeccable traits. Before he conveys the divine message to people, he himself is required to internalize it.

The Qur’an mentions many prophets by name, among them Adam, Noah, Lot, Abraham, Moses, David, and Jesus. At the heart of every prophetic message lies the belief in God, the Hereafter, and the realization of justice and mercy, to name but a few.

Sayings of the Prophet

For Muslims, the sayings of the Prophet Muhammad are almost of the same importance as the Qur’an. The Hadiths are the second source of Islamic legal rulings and comprise detailed examples of the Prophet’s exemplary conduct (Sunna).

Throughout the 8th century C. E., a new scientific branch emerged, which focused entirely on the sayings of the prophet. Hadith science aimed at classifying the large body of narrations along criteria of authenticity. The most renowned and widely recognized Hadith collections are the “Six Books” (“Kutub as-Sitta”) by Bukârî, Muslim, Tirmizî, Abû Dâwûd, Nasâî, and Ibn Mâdscha.