Muslims believe that the Qur’an is God’s word, His last and final message to mankind. The Qur’an stands in the same ranks with Judaism’s and Christianity’s scriptures, the Torah, the Gospel, and the Psalms. The first verses of the Qur’an were revealed to the Prophet Muhammad in the 27th night of Ramadan in the year 610 C. E.

After his death in 632 C. E., all verses were assembled into one book, the Mushaf. That written version is the Qur’an we have today. However, the tradition to learn the verses and surahs by heart still survived. The ability to recite the entire Qur’an by heart according to a particular set of rules known as Tajweed is highly acclaimed among Muslims.

Topics of the Qur’an 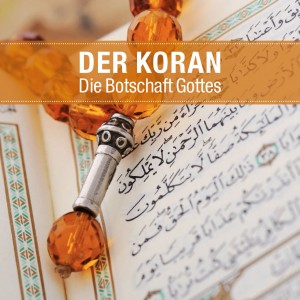 The Qur’an is in no way just a “code of law”. In fact, only a small part of the rich and multilayered text entails precise rules. Instead, topics like creation, the Hereafter, and moral conduct are paramount.

The most important aspect of the divine message is Tawheed, i. e. the belief in the oneness and unity of God, the sole creator and sustainer of life who has no equal.

Man as a rational being is required to constantly question his behavior towards his fellow creatures and to adjust according to God’s commandments. His actions in this world will certainly have consequences in the Hereafter. The belief in life after death is a key component of Qur’anic teachings, a clear thread running through every chapter (Surah).

To Muslims, the Qur’an is a lifelong companion, a guide, and a sign of Allah’s mercy on all mankind. It is a comfort, an encouragement, and answer to existential questions, an inspiration to overthink one’s actions. Reading the Qur’an is like a personal “conversation” with God. Neither Muslims nor Non-Muslims should be discouraged if some parts seem incomprehensible. There is something in store for every reader if he or she is willing to impartially open to the text.