Islam is the youngest of the three great monotheistic religions. It occurred in the 7th century C. E. in Mecca, where the Prophet Muhammed first received divine revelations. The Qur’an, as we know it today, is a collection of the verses, carefully assembled into coherent chapters (Surahs). 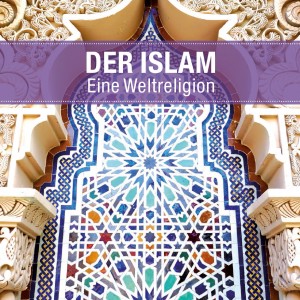 Islam rests on the belief in the absolute oneness and unity of God (Tawhîd) and the prophethood of Muhammad. Both are part of the Islamic creed (Shahada), the first of the so-called “Five Pillars” of Islam. This term refers the basic acts of worship every Muslim has to perform. Beside the Shahada, the Five Pillars also comprise the five daily prayers (Salâh), the Fast in the month of Ramadan, the alimony (Zakat), and the pilgrimage to Mecca (Hajj) which a Muslim is ought to perform at least once in life. Every pillar strengthens the relationship between man and God and raises awareness for other people’s needs.

Islam is a living religion. Its commandments are best reflected in a Muslim’s way of life. Values like patience, helpfulness, generosity, modesty, and mercy on humans and animals are but a small part of its ethic teachings.

Every act of a Muslim is informed by the belief in an eternal life after death. One day, everyone will be held accountable for even the most insignificant misdeed and wrong committed against another creature.
That is why Muslims strive to be valuable members of society.