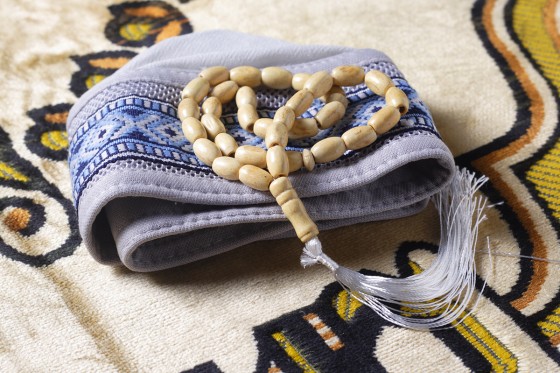 Business is a part of our lives since the times when people started to gather and live in groups. The whole activity of buying and selling different goods and services is called business. Our Prophet Muhammad (saw), who was also a merchant ​​said, “The true merchant will be in the shadow of the Throne on the Day of Judgment.“[1] In another hadith he also said, “The truthful, honest and reliable merchant is with the prophets, the righteous and the martyrs.“[2]  On the other hand, he also warned by saying, “Verily, merchants will be raised on the Day of Resurrection with the wicked, except for those who fear Allah, behave righteously, and are truthful…”[3]

The true and reliable trade emphasis of the Messenger of Allah (saw) is very meaningful indeed. Because, due to the weaknesses of mankind, we are in danger of violating the rights of the person we are dealing with by worrying about our own profit in buying and selling. The biggest weakness that leads to this is the passion for materialistic things which is difficult to control. Rasulullah (saw) who drew attention to this aspect of man, said, “If a son of Adam had two rivers full of wealth, he would want a third one. Nothing but earth can fill the stomach of the son of Adam.”[4] Unfortunately, those who are captives to the desire of wealth can cheat their purchases and act selfishly. Allah (swt) mentions in the Quran, “Woe to those who give less [than due],Who, when they take a measure from people, take in full. But if they give by measure or by weight to them, they cause loss.” [5]

Our religion, Islam, commands us to be ethical in business as well as in all areas of life. Allah (swt) says, “And give full measure when you measure, and weigh with an even [i.e., honest] balance. That is the best [way] and best in result.”[6] In trade, it is necessary to observe the rights of people and not to transgress them. Let’s not waste our hereafter with the ambition of making profit. Let’s not forget that if we behave immorally in trade and sell dishonest goods, we will be feeding our children through haram avenues. We should also consider the other party in our trade. Our Prophet (saw), who is a mercy to the worlds, said, “May Allah have mercy on anyone who is tolerant and easy when selling, buying and demanding money.” [7] In his words, he declared how our style and attitude should be in our business activities. Especially in this society where we set an example with our every move, our understanding of trade should be honest and we should not forget that we represent Islam.

It is, of course, legitimate for a Muslim to engage in halal trade. However, while chasing after the worldly livelihood and earnings, we should not neglect the hereafter and should avoid indulging towards the world. Allah (swt) mentions in the Quran, “[Are] men whom neither commerce nor sale distracts from the remembrance of Allah and performance of prayer and giving of zakāh. They fear a Day in which the hearts and eyes will [fearfully] turn about.”[8]

May Allah (swt) make us one of his content servants, whose world is full of justice, goodness and halal earnings, and who earn the salvation in the hereafter. Ameen.