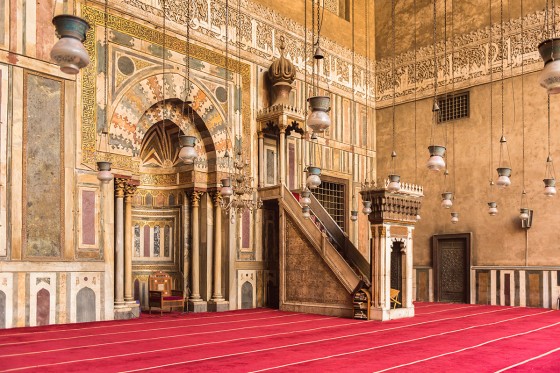 In the pre-Islamic society of ignorance, there was almost a dark period dominated by tribalism. In this period, when supremacy was achieved through lineage, race, and wealth, the powerful tortured the weak and found peace within that. In the society of ignorance, even the slightest insult towards a tribe caused long-term aggression. In such a period, the Prophet Muhammad (saw) who was sent as a mercy to the worlds, said, “There is no superiority for an Arab over a non-Arab, nor for a non-Arab over an Arab. Neither is the white superior over the black, nor is the black superior over the white — except by piety.”[1] He emphasised that superiority is only in Taqwa.

In terms of the principles laid down by Islam, there is no superiority among people due to physical reasons such as colour, gender and geographical differences. To humiliate people’s ancestry and gender differences means ignoring the wisdom of Allah (swt) in creating them. No one can choose their race, nationality, just as no one can choose their parents. In the history of humanity, many wars have broken out due to the ideology of racism, people have been driven from their homes, suffered injustice and massacred. Women, children and the elderly have paid the heaviest price for this, as they do today.

Let’s remember our Bosnian brothers and sisters, who were unfairly expelled from their places in Srebrenica on July 11, 1995, in the middle of Europe, in front of the world, and were massacred because of their beliefs. Let’s not forget those who have treated refugees inhumanely, which has been on the agenda of the world public opinion in recent years. Let’s not forget that those who spread racism commit crimes against humanity. The pain of our youth from different ethnicities and faiths in the Hanau attack in the past years is still fresh. We still remember the murder of 32-year-old Egyptian immigrant Marwa El-Sherbini in court, in front of the judge and other officers, by a racist. To ensure social peace, all social segments must struggle against racism. Let us be aware that these painful events are a lesson for believers. Allah (swt) says in the Quran, “And of His signs is the creation of the heavens and the earth and the diversity of your languages and your colors. Indeed in that are signs for those of knowledge.”[2]

Racism has no color, nationality or religion. Racism is a disease condemned by all religions. Turning a blind eye to this disease and not trying to prevent it is a form of racism. Rasulullah (saw) has said, “If people see an oppressor and do not prevent his oppression, it is inevitable that Allah will inflict a punishment on them.”[3] These killings committed for the sake of racism should not be forgotten, efforts should be made to prevent this disease from being passed on to generations, and it should be remembered that we are all children of the Prophet Adam (as). We remember those who died due to racism with mercy, and I end my sermon with a hadith of our Prophet (saw): “The caller to racism is not from us. Those who fight for racism are not from us. The one who died for the cause of racism is not one of us.”[4]