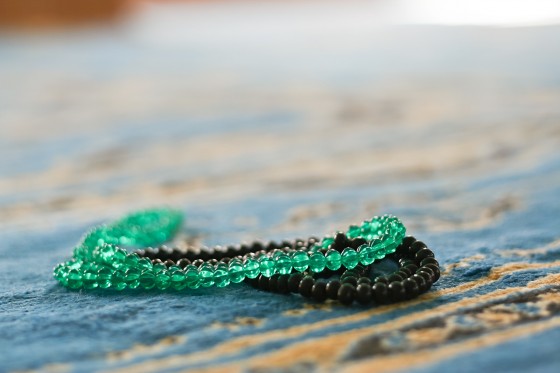 All of the attitudes and behaviors that a person is born with or acquired later are called Ahlaq [morality]. Having good habits and qualities means being moral. It is the Qur’an and the Sunnah that determine what is good and true in the moral principles of our religion, Islam. These two are an inseparable whole. Morals are present in the Quran and were actually expereinced in the life of Rasulullah (saw), who was sent as the best example to humanity. Authentic sunnah is the application of the principles and values ​​of the Qur’an to life. Our mother Aisha (ra) stated that the morality of the Prophet (saw) is the morality of the Qur’an.[1] Therefore, it is Allah (swt) and Rasulullah (saw), his messenger, that determines the morality of us Muslims.

The prophet Muhammad (saw) said, “I was sent to complete good morals.”[2] Allah (swt) says about our Prophet (saw) in the Qur’an: “And you are of great moral character.”[3] Of course, great personalities have come and gone in human history. However, our Prophet (saw) represents the pinnacle in every field of morality. In all of his roles such as companionship, fatherhood, friendship and leadership in the course of his life, he has revealed an excellent morality that has set an example for people. We must make our children, who will represent the future of Islam, adopt the morality of our Prophet (saw) as role models. Otherwise, our generations will tend to false role models and emulate immoral behaviors.

Good morals should be the most distinguishing quality that a Muslim should have. A Muslim must preserve their faith and good morals. We should refrain from lying, slandering and backbiting. We should never hesitate to tell the truth; we should be honest as commanded. Allah (swt) describes a true Muslim as follows in the Qur’an: “Who spend [in the cause of Allāh] during ease and hardship and who restrain anger and who pardon the people – and Allāh loves the doers of good.”[4]

Those who are accepted and respected in the Islamic society should not be the owners of property, status and fame, but people with good morals. The Messenger of Allah (saw) said: “The most perfect of believers in terms of faith is the most beautiful in terms of morals.”[5] When those who live by the moral values ​​of Islam are started to be valued, its positive response in society will undoubtedly be seen. On the other hand, Muslims living in minorities in different parts of the world should never forget that they can represent Islam in the most effective way with their moral values. When we become people who stand out with our honesty, compassion, being good neighbours, fulfilling our civic duties properly, and carefully observing the rights of the people and the public, we will fulfill our duty of preaching in the most effective way.

May Allah (swt) make us and our generations among those who are of goodness and who live by the moral values ​​of Islam. Ameen.