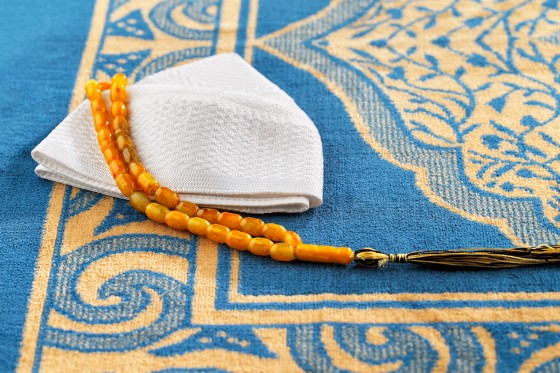 Friday is the weekly Eid of Muslims, the day of mercy, goodness, brotherhood, and unity. Furthermore, Our Prophet (saw) says about Jumu’ah that “The best day on which the sun has risen is Friday”.[1] Regarding the ayah that was read at the start of the khutbah, Allah (swt) says “O you who have believed, when [the adhan] is called for the prayer on the day of Jumu’ah [Friday], then immediately proceed to the remembrance of Allah and leave your business. That is better for you, if only you knew”.[2] This implies that Jumuah prayer is obligatory and that we should be quick to attend the Jumu’ah prayer as soon the time comes.

As Muslims we must benefit from the blessings and goodness of this beautiful day by preparing for Jumu’ah. Which is: a full body wash, (taking ghusl), wearing nice clothes and not consuming anything that smells bad. We should proceed to the mosque peacefully with the spirit of worship. We should come to the mosque early and try to be in the very first line.

Rasulullah (saw) explains about this preparation saying, “Whoever takes a bath on Friday, and bathes completely, and goes early, arriving early, and walks and does not ride (to the mosque), and sits close to the Imam and listens to him, and does not engage in idle talk; for every step he takes he will have the reward of one year, the reward of a year’s fasting and praying (at night)”.[3]

A Muslim, who attends the mosque for the Jumu’ah prayer, must enter the atmosphere of the prayer and reach the consciousness that he is with angels on his right and left. He should listen to the sermon, which even the angels listen to, in peace and wonderment. He should stay away from any distractions in order to benefit from the sermon. Following on, he should not talk to the people around him, play with phones and similar things. Rasulullah (saw) says, “When the Imam is delivering the Khutba, and you ask your companion to keep quiet and listen, then no doubt you have done an evil act.”[4]

A Muslim should intend to apply the information he will obtain from the sermon and apply it at the first opportunity. If there is no proper excuse, the Sunnah prayers before and after the Jumu’ah prayer should be performed. Therefore, we will fully obtain the abundance and virtue of the Jumu’ah prayer. Let us end the Khutbah with a Hadith: “There is an hour (a certain time) on Friday and if a Muslim gets it while praying and asks something from Allah, then Allah will definitely meet his demand.[5]