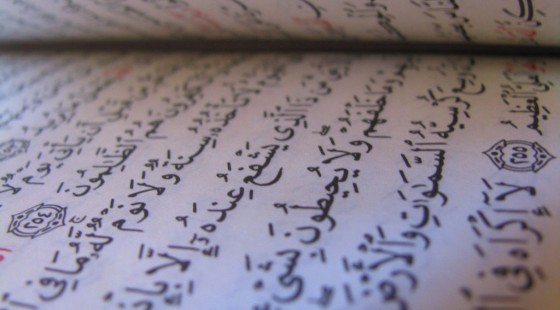 Allah (swt) says in the Quran: “The month of Ramaḍān [is that] in which was revealed the Qur’ān, a guidance for the people and clear proofs of guidance and criterion. So, whoever sights [the crescent of] the month, let him fast it.”[1] The fasting of Ramadan contains many material and spiritual wisdom, mercy and good results for believers. Fasting means staying away from something, holding yourself and to be protected. On the other hand, it means avoiding eating and drinking and sexual intercourse from the time of Imsak until the time after Iftar. Allah (swt) says in the Quran: “O you who have believed, decreed upon you is fasting as it was decreed upon those before you that you may become righteous.”[2]  In the last part of this verse, which informs us that fasting is made compulsory, Allah (swt) emphasizes a very important feature of fasting, namely its protection; with an expression saying: “that you may become righteous” We are fasting, but the most important thing here is that fasting also keeps us away from evil. If the fasting does not keep us away from evil, the fasting we observe is not considered a real fast. While we are fasting ourselves; we keep away from eating, drinking and sexual intercourse. If the fasting we observe cannot keep us away from sins such as backbiting, lies, gossip, unnecessary talking, it means that it does not protect us as it should. Because what is left with us in such a situation is nothing but hunger and thirst.
Rasulullah (saw) pointed to the truth about this by saying: “There are people who fast and get nothing from their fast except hunger, and there are those who pray and get nothing from their prayer but a sleepless night.”[3]

It should not be understood that when we say fasting, one should only hold oneself. The month of Ramadan is a month in which mercy, forgiveness, favours and blessings are abundantly distributed. A person who does not see and compensate for his mistakes and flaws despite fasting and who does not make any changes in his daily life means that nothing has been kept from the blessings of Ramadan. Prophet Muhammad (saw) in a hadith has indicated the protection of fasting by saying “Fasting is a shield.”[4] In another hadith he said,  “Whoever fasts a day in the way of Allah, Allah will make a trench between him and the Hellfire whose distance is like that between the heavens and the earth.”[5]

Allah (swt) has commanded us to prostrate to him and to come nearer to him [6]  in Surah Al-Alaq. Getting closer to Allah (swt) is the highest position that man can rise to. The state of prostration is the moment when the servant stands before Allah (swt) and is closest to Him. Therefore, prayer is an important worship that raises people and brings them closer to Allah. Prayer is the successor of a believer. The prayer should be known and be prayed according to the belief that prayer raises them. It is stated in the Quran that prayer, like fasting, will prevent people from indecency and evil[7]. In other words, our prayers should make us sincere, honest, hardworking and just. Otherwise, the raising with prayer is totally out of the question.

May Allah (swt) allow us to be among his servants who are protected by fasting and prayer. Ameen