The Wild Signs of Racism 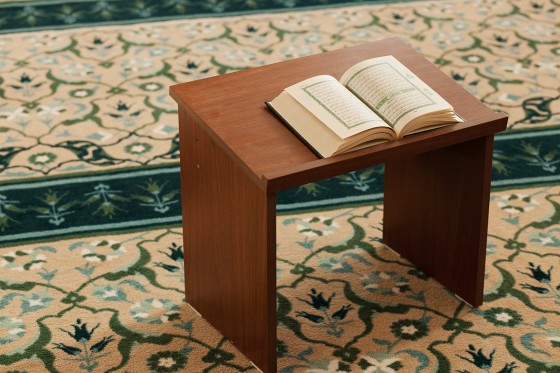 Racism, one of the greatest disease in human history. Racism means prejudice, discrimination or aggression towards people of a different racial or ethnic origin. When the differences created by Allah (swt) are not accepted, it essentially means rebelling against Allah (swt), the Lord of the Worlds. Allah (swt) mentions in the Quran; “O mankind, indeed We have created you from male and female and made you peoples and tribes that you may know one another. Indeed, the most noble of you in the sight of Allah is the most righteous1 of you. Indeed, Allah is Knowing and Aware.”[1]

The first man and the first prophet, the ancestor of humanity, Adam (AS). From the time of Adam (AS) until today, racism has been the greatest test of humanity. Societies have suffered greatly due to wars caused by nationalism. Racism has prevented the establishment of peace and justice for the benefit of humanity. Our religion is very sensitive to racism, which is an individual and social disease. It is never allowed to have a place in our hearts or to be reflected in our behavior. Rasulullah (saw) has said; “He is not one of us who calls to tribalism (racism). The one who fights for the cause of racism is not one of us. It is not one of us who died for the cause of racism. .”[2]

No Muslim who believes in Allah (swt), His Messenger and the Last Day will allow racist feelings to take over him. He sees the differences created by Allah (swt), Al-Hâlik. In the neat expression of Yunus Emre, he loves the created because of the Creator. A believer carries out an active struggle against racism by showing goodness with all people wherever they are in the world. Because the believer is aware of the fact that one of the biggest struggle areas of Islam in terms of values ​​is against racism.

Today, racism in its darkest forms still exists as a social disturbance. Unfortunately, although humanity’s education level and material well-being have improved, the sensitivity to racism is not in line with this development. The biggest indicator of this is the nine innocent people who died in an attack targeting foreign nationals in Hanau, Germany, two years ago, on February 19, 2020. These experiences show that the fight against racism by all official and non-governmental organisations should continue without slowing down and more become effectively. And the values ​​that our Prophet Muhammad (saw) reminded humanity in his farewell sermon should never be forgotten: “All mankind is from Adam and Eve, an Arab has no superiority over a non-Arab nor a non-Arab has any superiority over an Arab; also a White has no superiority over a Black nor a Black has any superiority over a White except by piety and good action.”

May Allah (swt) protect all humanity from the destruction caused by racism. Ameen!